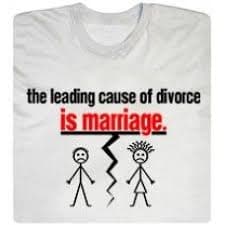 Posted at 10:00h in Promote settlement in our family courts by ending the AFCC by Admin

The leading cause of divorce is marriage, but the AFCC is a leading cause of why people are no longer getting married. The AFCCnet, or the Association of Family and Conciliations Courts, has everything but a conciliatory goal. It was started by judges, attorneys, psychologists, social workers, etc to collude together to destroy American families who came into a “family” court and it was hugely successful. The AFCC claims it created this international organization to prevent divorce but the reality is, that this organization used its own state actors (judges who were previously attorneys) to create its own $50 billion a year industry from divorce. Almost all of this $50 billion goes to, or for, AFCC members. The members collude together to force you to use their “services”. Want to represent yourself? Uhhhhh. Think you can bring in your own witnesses in your favor? Not likely You believe your judge will act independently free from outsiders who aren’t witnesses in your case? Nope. Think the collusion works in your child’s best interest instead of their own? Absolutely not.

Has the AFCC’s control of our family and juvenile dependency courts created hugely detrimental effects on America???? Absolutely.

“America’s so-called “marriage divide” is only widening. College-educated and economically better off Americans are more likely to marry and stay married, but working-class and poor Americans face more family instability and higher levels of singleness. For Americans in the top third income bracket, 64% are in an intact marriage, meaning they have only married once and are still in their first marriage. In contrast, only 24% of Americans in the lower-third income bracket are in an intact marriage……..What’s worse, all signs point to a continuing downward trend for new marriages. On top of the already record high share of never-married adults, Americans are postponing their marriage plans” See Here,

What?? a “vague” aka, unconstitutional STANDARD lawsuit? What about the “VAGUE” AKA, “Best Interest of the Child” STANDARD? SO IRONIC CALIFORNIA!