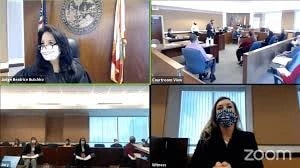 Posted at 06:02h in Promote settlement in our family courts by ending the AFCC by Wylmina Hettinga

It is all about who decides the facts from both sides of the story. In Texas, a parent has a right to circumvent a judge as the fact finder by refusing to give up his/her jury trial rights. The vast majority of parents in Texas settle their cases out of court. Almost all of the cases that don’t settle, are decided by Texas judge because both parents give up their jury trial rights, #PromoteSettlement. Will transparency change how a judge rules in a case? Doubtful. Maybe? We are about to find out. The National Center for State Courts promotes the rule of law and improves the administration of justice in our state courts. Their website shows ways that the public can access social media to watch a family or juvenile dependency court case in progress. Keep in mind, however, that while a family law or juvenile dependency case is unfolding, the judge has absolute judicial discretion to close any case to the public for whatever reasons he/she decides to do so. Also, the judge should be exerting his/her judicial independence and only hearing from the litigants and their witnesses. The judge should not be influenced by court watchers. If you are a court watcher, pay attention to the fact that usually the only person the judge wants to hear from is an Association of Family and Conciliation Court member. This AFCC member usually controls the entire case. The parents themselves are essentially the court watchers, #NoAFCC, so there goes the theory of “judicial independence” in our family and juvenile dependency courts which is covered in another blog and why parents need jury trial rights.

How about using Artificial Intelligence to decide family and juvenile dependency court cases?

How about using Courts of Social Media to decide family and juvenile dependency court cases?