How much progress has the Fathers’ Rights Movement made? 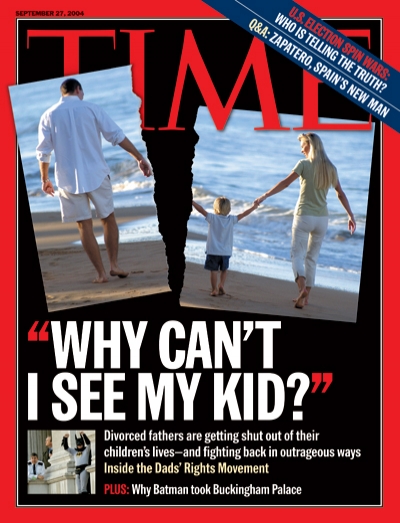 26 Dec How much progress has the Fathers’ Rights Movement made?

Posted at 20:00h in No unwarranted governmental interference, Promote settlement in our family courts by ending the AFCC by Admin

Where are we now??? Federal, state, local and private organizations poured money into the Fathers’ RIghts Movement trying to pass laws ordering judges to take away 50% of Mom’s legal rights and 50% of Dad’s legal rights to their child(ren), so that the parents would leave court with so called 50/50 shared parenting.  These laws would cause more UGI (unwarranted governmental interference) in families than ever before in the history of the United States of America. UGI is common in other countries, but our government was founded on the fundamental proposition that Americans should remain free from UGI. Jury trials are a big reason why Americans remain free from UGI. Jury trial rights (whether or not an American is forced to use one) are a big reason why we prosper as a country.

The Fathers’ Rights Movement failed to focus on the one four letter word that would stop judges from reducing ANY of Dads’ 100% legal rights to their own child(ren) and promote settlement, “Jury” trial rights. Instead, the Fathers’ Rights Movement relied on the advice of family law attorneys who simply sought to level the playing field so that both sides would continue to sustain the fighting.

In California, a Dad’s fate still rests solely in the hands of a judge (or the law) so nothing has changed there since the beginning of time. The only thing that has changed is that “expert witnesses” now come to court and advocate against Moms. The exact same “expert” witnesses who used to advocate for Moms.

Who are these very well paid “expert” witnesses? Largely members of the AFCC net. org. An organization that has a lock on the $50 billion industry that family court brings in each YEAR. These AFCC members are judges, attorneys, custody evaluators, GALs or guardians ad litems (more attorneys), therapists, social workers, forensic accountants, etc.  Basically, “professionals” who have never met either parent before, but decide which parent to testify against.  The AFCC has a very profitable racket going on in our family and juvenile dependency courts because the Fathers’ Rights Movement huge amount of funding which created a win win solution for the AFCC but created a worse lose lose result for parents and children.

Texas got it right by granting parents jury trial rights in family and juvenile dependency courts. We are hoping that parents use this right as the ultimate layer of defense, so that both parents will leave court with 100% legal rights to their own child(ren) and no court ordered visitation. Texas crime rates fall well below California’s as well as their homeless problems and domestic violence rates. Their attorneys advocate for keeping their jury trial rights in their family and juvenile dependency courts.

RaiseYourRights.org doesn’t have even one family law attorney in all of the State of California supporting it, in any manner, whatsoever, unless that family law attorney also operates in the juvenile dependency (CPS) court system. How do judges justify using AFCC “witnesses” against parents? In the word of Sir Francis Bacon (when he was a judge) “I usually take money from both sides so that tainted money can never influence my decision”, until he got indicted and jailed for it influencing his judicial orders