Did the Family and Dependency Courts change parent child relationships to child parent? 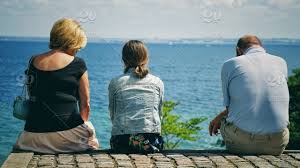 Posted at 10:23h in Promote settlement in our family courts by ending the AFCC by Admin

Parents brought into a family or dependency court because of a conflicting divorce or child protective services action, often end up outside of court, catering to their older children to regain the parent-child relationship they had before entering our court systems. The statistics are alarming when this happens.

While many parents have become more dedicated, sensitive and thus strengthened their parent-child relationship; many more parents left our state run court systems with a destroyed parent-child relationship.  They are then forced to try and regain it, which puts the child in control of the newly formed child-parent relationship. The AFCCnet organization of colluding “professionals” (judges, psychologists, custody evaluators, therapists, social workers, etc.) are the worst offenders of the destroyed parent-child relationships that exist in our court systems, responsible for changing the dynamics for children who should have simply been allowed to be a dependent child. A high school teacher once told me that the AFCCnet should have realized the problem when high school students had to start sticking up for their targeted parent…. to their teacher.

Many adult children are actually closer to their parents than their parents were to their grandparents. However, child of divorce are far too often forced to evaluate their roles with their parents, at far too young of an age. These children end up acting like the adults before they are able to be adults (especially girls) and don’t have relationships with even their grandmas. The Wall Street Journal recently wrote an article about the unprecedented increase in tics, seizures, fainting, Tourette’s syndrome, jerks, spasms, and other uncontrolled neurological disorders in pre-teens and teens that usually manifest themselves much earlier in childhood. Pre-teens and teens describe themselves as “anxious”.  For shame to the adults that raised these new generations.

What is a solution? Stop the unsubstantiated parental conflict from entering our court systems.  Help parents brought into family and dependency courts, let their children continue to be kids. They should be allowed to thrive in a secure environment. Join RaiseYourRights today to stop UGI (unwarranted governmental interference) in our families. It is not just social media peer pressure that is causing these types of neurological problems.