Why was the Adoption and Safe Families Act (ASFA) unconstitutional?? 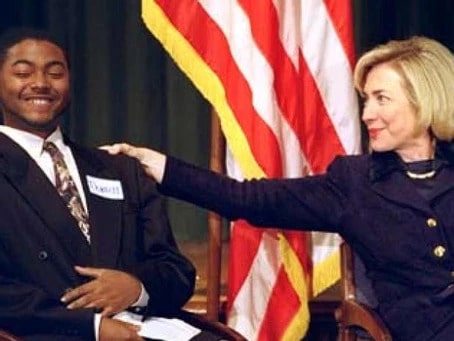 07 Dec Why was the Adoption and Safe Families Act (ASFA) unconstitutional??

Posted at 07:03h in Promote settlement in our family courts by ending the AFCC by Wylmina Hettinga

The Adoption and Safe Families Act was designed to take away parent’s constitutional legal custody of their child faster but failed to grant parents more protections, like jury trial rights.  A reduction of a constitutional right is supposed to be “narrowly tailored” or proportional.  ASFA was one sided.  It took away rights but didn’t give protections, like jury trial rights, for parent to keep legal rights of their own child.

I am reminded what California Judge Hector Ramon said to me before he retired. One of his biggest concerns was that juveniles were brought into (essentially) criminal court and given adult sentences without adult protections (jury trial rights). ASFA did essentially the same thing.  It brought parents into court and gave them terrible sentences, the loss of a child or TPR, without a corresponding due process protection of jury trial rights.

In addition, California is the only state that still uses a low standard of evidence to TPR a parent, the “Best interest of the Child” disguised as “fair” preponderance of the evidence. Thus, California was the worst state offender when it implemented AFSA without giving parents a proportional protection of jury trial rights.

ASFA also failed because the #DoGooders didn’t have the goods to back it up in their fantasy land.  The #DoGooders didn’t have enough loving, caring, respectful, responsible adoptive families. “The act’s [ASFA) financial incentives have disrupted families permanently by the speedy termination of parental rights, without the accompanying move from foster care to adoptive homes,” said Texas Tech University law professor DeLeith Gossett, in a report published in 2018 by the Memphis Law Review. “The programs that the Adoption and Safe Families Act govern, thwart its very purpose, as children continue to languish in foster care waiting for permanent adoptive homes, often until they age out of the system into negative life outcomes.” She also stated that “ASFA was blamed for leaving a lot of children as orphans and that certainly wasn’t the intention of ASFA.”

Well she is from Texas the only state that already had protections in place when it implemented AFSA.  Only Texas had jury trial rights in its family and juvenile dependency courts to counteract ASFA’s affects on their families and to prevent unwarranted governmental interference in families. Too many children in California wrongly had their parents’ custodial rights terminated because of ASFA and their lives destroyed after being separated from adults who loved them.

Its always about the money for most self-serving #DoGooders.

Who help passed ASFA? First Lady, or FLOTUS, Hillary Clinton, who was previously a lawyer in a private law firm. She met with the Association of Family and Conciliation Court, the AFCC net of colluding judges, attorneys, minor counsel, social workers, psychologist, etc.. Everyone who would ultimately get most of the ASFA funding. She was pivotal for getting ASFA passed through Congress and served as the honorary chairperson of the AFCC Second World Congress less than four years later. Thankfully, it appears as if Chelsea Clinton has stopped supporting the AFCC. #NoAFCC.