Does every U.S. Citizen have the right to a fair trial in Open Court? By guest blogger Eric Evers 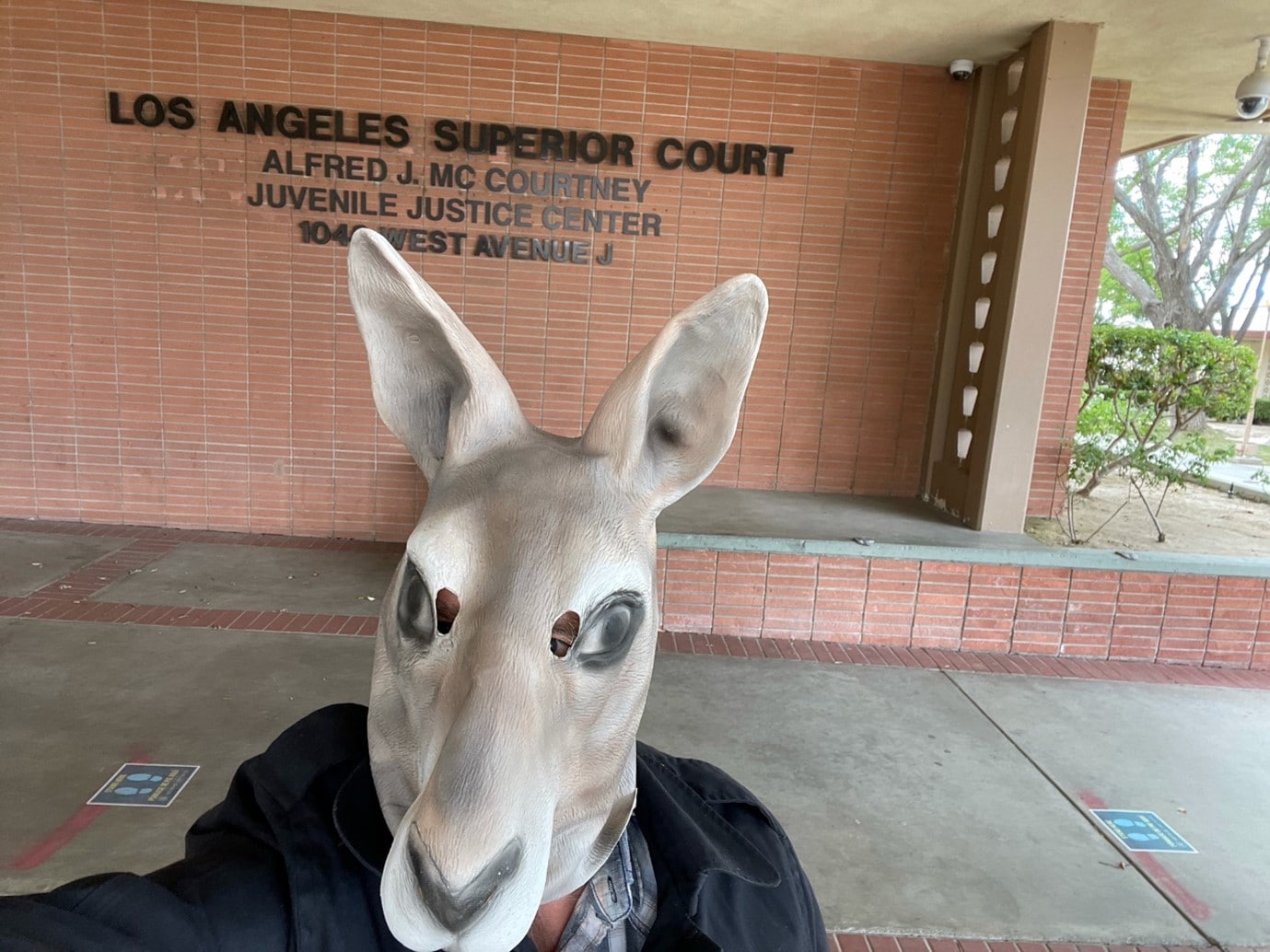 27 Apr Does every U.S. Citizen have the right to a fair trial in Open Court? By guest blogger Eric Evers

Does every U.S. Citizen have the right to a fair trial in Open Court?

Not always. Juvenile Dependency Courts in California and most other States are CLOSED-DOORS Civil Actions at Law. Deputy County Counsels normally prosecute these actions against a “Referred Parent” (aka an allegedly Offending Parent) on behalf of a county’s Child Protective Services department.

Some might ask, “Wow!  How is that possible in America?” Doesn’t Article III of the U.S. Constitution and the Sixth Amendment guarantee a Speedy, Public Trial?  And, isn’t that a sacrosanct American birth right of every American citizen?  Isn’t that an unassailable pillar of our Democracy that distinguishes the USA from lesser countries where Justice is frequently sold to the highest bidder, party loyalists or cronies of The Connected?

Yes.  All of that is true, but only in Criminal Cases.  These Constitutional provisions do not protect Respondents (such as Referred Parents) in many types of Civil Actions, such as those brought in the “secret”, closed hearings in Juvenile Dependency Courts. Although there are Warrants, Arraignments, Charges, Pleas, and something akin to Probable Cause Hearings prior to the Detention of a Parent from their child (very much like a CRIMINAL Prosecution), incredibly, these Actions brought by the Government against Citizens in a Quasi-Prosecutorial manner are deemed to be Civil – not Criminal.  The Government finds this quite convenient.  County Counsels do not have to prove anything before a Jury. No juries are empanelled in these cases, so they need only convince their own County Rubber-Stamp Juvenile Dependency Judge of a parent’s culpability to a lowest standards of proof: the Preponderance of the Evidence (aka “More-Likely-Than-Not”) standard; not to a criminal case’s Standard of Evidence — Beyond a Reasonable Doubt.

“Well, what about the Seventh Amendment, then?”, a learned and reasonable mind might wonder.
Doesn’t that specifically guarantee the right to a Jury Trial in Civil Suits, in what one would assume would be Open Court?

No, it does not. The Seventh Amendment has been interpreted to apply only to Federal Courts (since it says “in courts OF the United States”, rather than “courts IN the United States”).  Custody Cases are under the jurisdiction (Limited/Subject-Matter Jurisdiction) of County Courts under the State Judiciaries – not the “Courts of the United States”. Also, the 7th sets a $20 threshold for the minimum amount at controversy, which tends to imply that 7th-covered Civil Actions are necessarily brought over property issues with an ascertainable monetary value.  While Parents could argue that their children (and the Parental Custody thereof) are most cherished and absolutely PRICELESS, these parental prerogatives and rights are hard to assess in terms of dollars and cents.

So, the issue of how these cases are conducted (Jury / No Jury, Open Court / Closed Doors) are left to the Several States to decide.  In these types of cases, Federal Courts do only peripheral reviews, and issue only limited remands back down to State Courts. However, U.S. Supreme Court case Santosky v. Kramer did establish that the Custody and Care of one’s children is a Fundamental Liberty Interest, and is therefore inexorably tied to 14th Amendment principles and rights. These Liberty Interests are also Natural Rights, and must be jealously guarded against Unwarranted Governmental Interference. Parents have a natural and highly ingrained instinct to care for, protect and teach their natural-born children. Millennia of human experience have shown that Parents (not society at large or the Authorities) have, by Nature itself, an innate and much better understanding than do strangers of their own children’s needs; including the need for discipline, as required. The Justices spoke to all this in the Santosky v. Kramer case.

The U.S. Supreme Court again weighed in In re Gault regarding the applicability in Juvenile Courts of the 14th Amendment protections of Equal Protection Under the Law and Due Process, saying in the majority opinion: “The condition of being a boy does not justify a kangaroo court.”

In California, the basis for Jury Trial rights in all Cases (Criminal AND Civil) is clearly laid out in its own State Constitution’s Declaration of Rights, as “an inviolate right and shall be secured to all”. However, CA State Courts have never-the-less found that this seemingly very broad provision does not apply to Family and Dependency Courts. A father who was denied a jury in a 2020 California Dependency Action recently filed an appeal as a Case of First Impression on the Constitutionality of denying a Citizen a jury.

The proponents of keeping Dependency Court proceedings secret and behind closed doors point to the Privacy Rights of the minor children involved.  This is their rationale for the closed hearing policy (enforced by Penal Code sections/sanctions for those that would attempt entry through the closed doors during proceedings in which they are not Parties).  This is not a valid reason to ignore our long-held American tradition of transparent Open Court. There is nothing stopping any attorney in any case (or the Judge, Sua Sponte) from moving to have the doors closed, and having all but the Parties exit during certain portions of the testimony or argument that involve the most sensitive details of the case (such as a child’s testimony regarding alleged, aggravated abuse, etc.). In fact, there are already provisions in current law that allow for clearing of the courtroom for issues like sub-Hearings on Parents petitioning to represent themselves in Dependency Actions; and Minor’s Counsel can move to have the children’s testimony taken in chambers with only counsel present (parents view this only by audio-visual link to prevent their physical presence from unduly affecting the minor’s answers). This is a balance and judgement call, weighing a referred Parent’s Constitutional Right to “Face their Accusers” with the just trial of the case.

Not every portion of every case is especially sensitive, however, and it there is no reason a Court in America should ever need to be perpetually closed.  The presumption should be that a Court (any and all Courts) should be open to the unimpeded scrutiny and disinfecting transparency that a Trial by Jury of Peers in Open Court brings—absent any just cause being found for excluding the public, press, and the People’s Representatives from looking on.

Juvenile Dependency Courts WERE once briefly opened – and then closed, again.

I give you one example of even the Presiding (Supervising) Judge over all the Judges in the Juvenile Dependency system in Los Angeles County (Judge Michael C. Nash, Retired) agreeing to the Presumption of Openness.  He issued an order mandating the several Dependency Courts under his supervision would hold Open Hearings in Open Court, absent a motion being granted to shut the doors upon a finding of good cause for doing so.  Privacy advocates and governmental bodies soon appealed this order and had Judge Nash’s order quashed. Judge Nash was unhappy with the level of unaccountability of these County judges when allowed to hold Court all day, every day, behind closed doors, in very close coordination and familiarity with the same by-room-assigned County Counsels – beyond the watchful eye and scrutiny of the public and press – all the while greatly affecting the trajectory of this Fundamental Liberty Interest the Parents had in their minor children (until it was unduly, in some cases, taken from them).  Families were (and still are) being routinely broken up, with children sent into oft-abusive/neglectful foster care. All this, done in secret, by unaccountable Courts. Judge Nash went on to become the Director of the Office of Child Protection. In this capacity, he authored a scathing report he issued to each of the Supervisors on Los Angeles County Board of Supervisors. The report was extremely critical of nearly every aspect of the Antelope Valley DCFS offices, staffing, training, operations, and DCFS’s culpability in spate of child deaths for children that had been under their supervision.

The courts were opened once, and the system didn’t crumble and come crashing down, so it would stand to reason that they could feasibly be opened again. Now, as it stands with the doors securely closed again, CPS “Child Savers” and “Privacy Advocates” make these arguments against Jury Trials:

“If Juries made up of Parents/Citizens (with their attendant Common Sense) were allowed to enter Dependency courtrooms, how can we keep all this secret and out of Public View?  What about the children’s’ Privacy?”

They make utterly fallacious arguments, all around.  Judges still would control their courtrooms and clear the room prior to any particularly sensitive or embarrassing testimony (although the courtrooms are seldom, if ever, cleared in Family Courts where all these same sorts of issues are aired and tried). If empanelled, juries could simply be given the same instructions Parties who log in to the new pandemic-friendly, Zoom-based Closed Hearings are given; to not discuss the case with anyone not associated with the proceedings, under penalty of already-in-place, applicable penal codes.  Closed Courts, even if they are never opened up again, are not preclusive of at least giving Referred Parents fairer trials that can and must include a Jury of Peers.

Raise Your Rights (a Non-Profit Organization) is currently circulating a Ballot Measure to secure Jury Trial Rights in Dependency and Family Courts in California.  To volunteer in this effort or donate to the cause, please join us HERE.