What is parental alienation and why should I care? 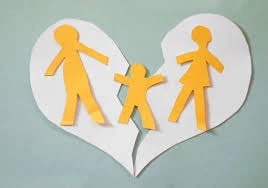 18 Oct What is parental alienation and why should I care?

Posted at 06:15h in Uncategorized by Wylmina Hettinga

It is basically estrangement, but it’s done purposefully and without warrant to a helpless child to separate him/her from other family members whom the child loves and who love the child, and/or society in general. The reason why a parent would do this to their own child? The answer is to control the child’s mind and thus the child’s body and actions. Estrangement can happen very quickly when a child is separated from a loved/loving parent depending on the age of the child and the capability of the child. That kind of loss is sometimes unbearable to a child (and adults too). Their minds can take over their bodies and do what needs to be done, in order to protect a child (or adult) from that kind of loss AND to protect the child from the one causing them this kind of harm.

I follow the case of Patricia (“Patty”) Hearst from time to time. Patty is the granddaughter of publisher William Randolph Hearst, one of five sisters. Patty was 19 when she was kidnapped by Donald DeFreeze from her apartment where she lived with her fiancé as a sophomore at the University of Berkeley. DeFreeze was the leader of a fake organization called the Symbionese Liberation Army. DeFreeze told Patty to “accommodate” her mind to think like his after being confined in a closet for weeks and threatened. So she did. She was given daily duties which included accommodating being raped. She was then taught how to use weapons and called Tania. Defreeze then forced Patty to “accommodate” her mind to think like his, that her parents were “bad” because they only gave away $2 million dollars to help feed the hungry in exchange for her safe return but refused to give another $6 million when DeFreeze demanded that they do more. It is common for an alienating adult to need a child to acknowledge and believe that he/she is “good” and the other side is “bad” as if the alienating adult was still in grade school.

Within about two months of being taken, Patty was caught on video holding a semi-automatic gun helping her captors rob a bank. One month later, she was seen shooting up the storefront of a Mel’s Sporting Goods located in Inglewood California to let one of her captives, William, escape after he had been caught by the manager for theft. DeFreeze was killed by police that same month but Patty still stayed with her captors. Less than 20 months after her kidnapping, Patty was located by the FBI and she told them, “Don’t shoot, I’ll go with you”. She was booked into jail facing five counts of assault with a deadly weapon with the intent to commit murder, four counts of robbery, three counts of auto theft and two counts of kidnapping. Her comment? “Tell everybody that I’m smiling, that I feel free and strong and I send my greetings and love to all the sisters and brothers out there” Her appearance? She had dropped to 87 pounds, was tested with low IQ, smoked heavily, and acted lethargic “like a low-affect zombie”. There were huge gaps in her memory and she had repeated nightmares. All signs of the mind controlling her brain and her body. The jail doctors drugged her. The easy solution, right? The drugs made her appear even more zombie like at her trial. The federal case was the United States of America v. Patricia Campbell Hearst, No. 74-364 in front of Judge Oliver Jesse Carter, who slept during parts of her trial, convinced of Patricia’s guilt before the trial even began. Patricia was guilty of horrific crimes, like too many other alienated children. Many of them, by the time 20 months have passed, no longer care about their own life but they are angry for what happened to them and for the failure of the ones who claimed to have loved them, to protect them from harm. Patty turned on her own parents who were trying to save her because they didn’t do “enough”. Others have used terms such as the Stockholm Syndrome, brainwashing, etc. I call it survival and that’s what our minds automatically do in order to protect our bodies. It’s self-preservation. I have a friend who watched her husband’s mind buckle his knees. His mind wouldn’t let him stand up in order to walk across a glass bridge with the Grand Canyon below him so he crawled across it instead. It’s called self-preservation and it’s sometimes all in our minds, but that is often enough to cause lifelong damage, #StopParentalAlienation.

We repeatedly remind people that Adam Lanza shot and killed his own mother before driving her car to Sandy Hook Elementary School and opening fire on unrelated children. This was less than twenty four months after Adam had stopped responding to his father’s emails, had refused to go to his father’s house, had refused (according to Adam’s mother) to allow his father to visit him at his mother’s house, had completely separated himself from his only friend, and had stopped communicating with his brother. This was three years after his parent’s divorce and Adam had been frequently left home alone by his mother as well. Adam got revenge against his absent brother, by using his brother’s ID at the school, before committing suicide. Could Adam’s father and/or brother have made a difference? We don’t know, but we do know we want to try and #StopParentalAlienation.

At Patty’s federal trial, her cousin, William Randolph Hearst II was there for her, on the verge of tears for most of the trial. They had been close friends less than 24 months earlier. So many alienated children need extended family members who the alienator didn’t cause their mind to reject. However, extended family often don’t understand what has happened to the child they once thought they knew and they reject the child as well. Patty was found guilty and sentenced to 35 years in prison by Judge Carter. However, he died before the final sentencing, and she was given 7 years by Judge Orrick, Jr. instead. In 1979, President Jimmy Carter commuted her prison term. Her case brought mind control by an alienator into mainstream media.

Where is she now and is she maintaining relationships with her family? Patty initially continued to reject her family and married her bodyguard. It is not uncommon for alienated children to find trust in strangers that rescue them and give them control over their own lives again. Patty is now the vice president of corporate security for the Hearst Corporation and a proud grandmother. Obviously, Patricia’s story of alienation is unique but the message is not. It is NOT difficult to take control of a young child’s mind and convince them to reject the love and commitment of a parent. It is even easier to do this if their survival depends solely on the abuser. A parent that wants to take this even a step further and destroy the other parent by using the child? Horrific consequences that can last for generations to come.

What is RaiseYourRights doing to #StopParentalAlienation? Step number one is to keep both sides of the family involved in a child’s life by giving parents in California jury trial rights as a layer of protection to keep custody of their own children. Non-custodial parent’s visitation rights are fragile and a non-custodial parent’s ability to be there for the child when it’s needed, is often restricted by a judge’s orders. California shared parenting laws require a presumption of fit parents or “frequent and continuing contact with both parents” which is the best way to combat parental alienation. Step number two is to remove all members of the Association of Family and Conciliation Court from parents’ cases in both the family and juvenile dependency courts. The AFCCnet of colluding judges, attorneys, psychologists, social workers, etc. have taken ahold of California’s family and juvenile dependency courts and their first step is always to hold the child(ren) hostage for money until a parent is evaluated for “fitness”. Oftentimes a child is separated from a loved/loving parent for a much longer time than 24 months, #NoAFCC. For more information on this epidemic and how to “PreventUGI (unwarranted governmental interference) between a child and a loved/loving parent, please click HERE

Tell me about the California “Litigation Privilege” or why it is “Legal to Lie” in court?

Should your state reject Title IV grants from the federal government under the Social Security Act?