What is RaiseYourRights doing to stop the family court and juvenile dependency court crises? 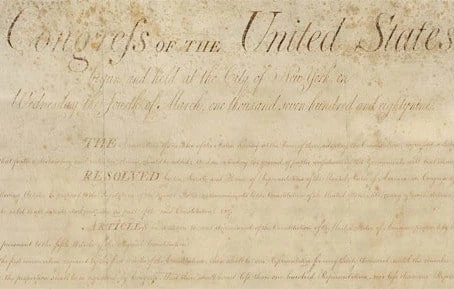 05 Oct What is RaiseYourRights doing to stop the family court and juvenile dependency court crises?

Posted at 06:56h in Uncategorized by Wylmina Hettinga

How do United State citizens remain free from family and juvenile dependency court judges’ unwarranted governmental interference in their children’s lives? Voting rights and jury trial rights. Per Judge Byron White of the US Supreme Court, juries guard against a judge’s use of arbitrary power under a vague low standard of evidence, “Best Interest of the Child”. Juries act as a layer of protection for parents against overzealous, over conditioned, mistaken, or biased responses of family and juvenile dependency court judges. Juries avail litigants of the common sense judgment of their community. The mere threat of a jury trial promotes settlement and reduces unwarranted governmental interference (aka UGI). We are seeing far more family court cases being settled out of court as a direct result of RaiseYourRights.org educating the general public that they do not have jury trial rights in these California courts.

We have also been educating parents that when they are summoned into these courts, the AFCC (Association of Family and Conciliation Court net of colluding judges, attorneys, psychologists, child custody evaluators, etc) WILL take over and the AFCC has a singular goal of depleting each parent’s assets.

In the juvenile dependency courts, RaiseYourRights.org is seeing the effects of the new Family First Prevention Services Act. We are doing our best to educate parents brought into these courts to utilize their extended family as much as possible to take the focus off of them. We are rapidly gaining support for jury trial rights in these courts where parents often have no opportunity for a fair trial.

Only parents in Texas have jury trial rights in both their family and juvenile dependency courts and their statistics far outshine California’s societal woes because they settle far more family court cases out of court than in California. Since 2016 we have made valid attempts to place a citizen’s initiative on the California November ballot for parents to have jury trial rights in this state similar to what Texas parents enjoy. For 2020, we obviously weren’t on your November ballot along with the 12 that are there. So jury trial rights for parents weren’t an option for you to vote on.

The combined total spent on these 12 propositions was $633,733,084 or a $150 million increase from the 2018 November ballot. There has never been this much money spent on special interests before in the history of California. We are not seeking a special interest. California can’t grant a single jury trial right to even one parent in a family or juvenile dependency court, as a “Matter of Right”, without granting this same right for all.

We are certain that the vast majority of parents will waive their (non-existent) jury trial rights and agree to a settlement or agree to allowing a judge to decide their case, just like in our criminal and civil courts. The mere threat of a jury trial prevents unwarranted governmental interference (UGI). Jury trial rights promote settlement and reduce false allegations. Jury trial rights save the taxpayers’ money. Our fiscal impact report prepared by the California Legislative Analyst Office clearly stated that giving parents jury trial rights could save the taxpayers a considerable amount of money by promoting settlement outside of those courtrooms. We don’t have millions to spend. Instead, we are counting on your support by subscribing to our website and then signing our petition when it is cleared for circulation through the California Office of teh Attorney General.

Sign up to receive email updates or allow us to send you the petition when it clears for circulation. See our link below for information regarding our 2016, 2018, and 2020 attempts to put this initiative on the past November California ballots. https://ballotpedia.org/California_Child_Custody_Determination_by_Jury_Initiative_(2020)

What California societal woes are directly related to our family and juvenile dependency courts?