What does CA law say about shared parenting and what do CA residents say? 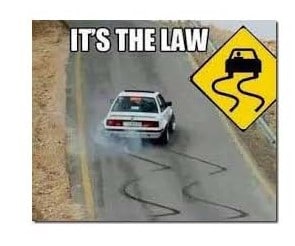 04 Feb What does CA law say about shared parenting and what do CA residents say?

Posted at 12:14h in Promote settlement in our family courts by ending the AFCC by Admin

California law says that both parents should have frequent and continuing contact with their child(ren) following a divorce.  California law also says that judges are supposed to presume that each parent is fit when they enter his/her courtroom.  However, the standard of evidence to prove a parent “unfit” is sooooo low, this presumption is basically meaningless and a reason for denying parents contact with their children is to stop “conflict”, which is a joke.

Between November, 2020, and January 2021, the National Parents Organization independently polled residents in seven states: Arkansas, California, Florida, Idaho, Minnesota, Utah, and Wisconsin. Between 72% and 85% of those polled, agreed that “when there is conflict between parents, awarding sole custody of children to just one parent increases that conflict.”

So why have so many CA parents, with no risk factors, lost legal rights to their children and been denied frequent and continuing contact with them, ONLY AFTER they entered a CA family court?

The answer is that the AFCC, the international Association of Family and Conciliation Courts, controls our family and juvenile dependency courts.  The AFCC is made up of “professionals”  who make their living off of these courts. These judges, attorneys, psychologists, custody evaluators, therapists, supervised visitation providers, social workers, etc. step in and subject these parents to “evaluations” that will last for years and damage children for the rest of their lives (and grandchildren). The AFCC, with the help of family court judges, end frequent and continuing contact, mandate supervised visitation, refuse to be questioned for their “evaluations”, get judges to order parents to pay their outrageous fees, advocate for one or both parents to lose legal rights of their child(ren) and ultimately deplete both parents of as much of their resources as these AFCC members possibly can. The AFCC then usually targets the parent who is still standing with the highest paying wages until the child(ren) turn 18.

The person that matters in a CA family court, is the decision maker, the judge.  The other AFCC members are supposed to be “witnesses”. How can parents protect themselves and their children from judicial decisions made against them? Only with jury trial rights. Parents in Texas have jury trial rights, California parents do not. In California, judges are almost always appointed by the CA governor and then never appear on a ballot again even though they are elected officials.  That’s not the way it works in Texas either. Judges hold elected positions in Texas.

The best way for children to have frequent and continuing contact with both parents is to stay out of California family courts.