I want to appeal the judge’s decision taking away my legal custody. Will I get my child back? 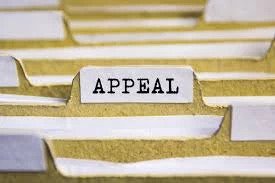 29 Oct I want to appeal the judge’s decision taking away my legal custody. Will I get my child back?

Posted at 12:03h in Promote settlement in our family courts by ending the AFCC by Wylmina Hettinga

First of all, whenever you hear someone say they want to appeal, most likely the judge heard arguments, saw evidence from both sides, but decided the contested facts in the other side’s favor.

In a case regarding termination of a parent’s legal rights (tpr) to their child, or loss of custody of their child, the other side was most likely either the State of California (dependency court) or the other parent (family court). The evidence the judge heard was most likely presented by child custody evaluators, psychologists, social workers etc. All of whom are most likely members of the Association of Family and Conciliation Courts, the colluding AFCC net of predetermined witnesses (child custody evaluators, psychologists, social workers, minor counsel, guardian ad litems, etc). Judges are past presidents of this organization. However, currently a custody evaluator, Matthew Sullivan, PhD (multimillionaire), is the president of the AFCC. The AFCC colluding net is made up of people who make their living off of our family and juvenile dependency courts. An AFCC member was most likely the main witnesses who presented evidence that was used against you, whom you never met before you entered these courts, #NoAFCC, and that is covered in several other blog posts. The main point here is that after the judge hears and sees the evidence, and determines the “facts” from both sides’ evidence. It is hard to appeal those results.

You must prove that the judge made a legal mistake that caused you harm and the judge isn’t going to respond to you. You, as the appellant will need to prove that there was a mistake made to other judges and the respondent (your ex or the State of California) will most likely say that you’re wrong. If you argue that the judge made a mistake by allowing hearsay evidence (including double or triple hearsay), the other side lied, the judge wouldn’t allow your witnesses, the lawyers behaved badly, the judge was biased against you, you have new evidence, the evidence was insubstantial, etc. isn’t going to help you get your child back (most likely). The judge heard and saw both sides of the story and the standard of evidence is very low , and very vague, in the juvenile dependency and family courts, the “Best Interest of the Child”. The appellate court won’t retry the case, hear from both sides again, or determine the facts from the evidence (most likely).  Make sure you ask for a Statement of Decision from your trial judge before you leave that courtroom so the appellate court has a better understanding of what your judge decided in your case.  By the way, we are not lawyers and this is not legal advice (NALNLA), #PromoteSettlement.

Make sure you know which of the six appellate courts in California you need to file your case in. In your appeal, you will need to ask the appellate court to basically use one of these three standards to review your arguments with:

“De novo”
This type of “standard of review” means that the appeals court will look at your case from the beginning. It is generally limited to reviewing issues involving questions of law so point out those issues. The California Family Code has quickly grown to an unbelievable amount of laws, so always ask the appeals court to review your case “de novo”. The appellate court does not look at new evidence, instead it only reviews the evidence the judge allowed into the record (most likely a majority of it from AFCC witnesses) and then applies the law to the facts the judge decided on. Make sure you always ask for a Statement of Decision “SOD” from your judge (which is also covered in another blog entry) Basically in an SOD, the judge is supposed to write down how and why he decided the facts of the case against you. Remember, the appellate court will not consider new evidence. An appeal is not a new trial.

“Abuse of discretion”
You are asking the appeals court to review your case and decide that the judge’s ruling was arbitrary or absurd. Judges are given a tremendous range of discretion under the “Best Interest of the Child” standard so this is going to be be very hard to show. Also, most appeals court judges used to work in the California superior courts your judge is in and will continue to see your judge much more often than he/she will see you.

“Insubstantial evidence”
If there is insubstantial evidence, which is often true for family law cases, you can ask the appeals court to review the evidence and the facts the judge decided against you to see if they were substantial enough to have reasonably supported the judge’s decision to terminate your legal custody of your own child. In juvenile dependency cases, where the State of California took legal rights of your child from you, this will be much harder to prove. The appellate court usually uses the facts that the judge decided on in the record, or what the judge wrote down on the SOD, so remember to ask for an SOD timely.

The time to #PreventUGI (unwarranted governmental interference) is in your CA county superior court with jury trial rights.

How to expose the ridiculous “facts” judges use against parents citing the child’s “Best Interest”?

Why are so many parents and grandparents complaining about social workers employed by CPS?