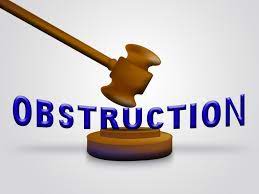 Posted at 00:00h in No unwarranted governmental interference by Admin

Family court judges obstruct law enforcement. They do so by making multiple orders (let’s call them laws) that are required to be carried out by law enforcement.  Too many times the litigants/parents themselves don’t know what these family court laws say. Too many times parents and law enforcement aren’t updated with the changes to these laws. Too many times, a parent is using these laws for the sole purpose of gaining advantage of the other parent in family court.  Too many times false allegations are made to the police about violations of these family court judges’ laws which place a heavy false burden on law enforcement resources. Too many times these laws are simply created by a member of the colluding AFCCnet to make money off of both parents. Members of the AFCC include family court psychologists ( not psychiatrists who are actual MDs), judges, therapists, custody evaluators, social workers, attorneys, guardian ad litems, minor counsel, etc.  Colluding AFCC members make A LOT of money by getting a judge to make laws against a targeted parent and prevent parents from caring for their own children who they have legal rights to. It is UGI (unwarranted governmental interference) in families. It places an unfair burden on police officers to become parents to other people’s children.  Family court judges’ laws are required to be carried out by law enforcement no matter how obscure they are or how many multiple changes are made to them.  We are basically often paying local property taxes to help a parent gain advantage over the targeted parent in way too many “family” courts using local police resources.

Compare this to the minuscule laws that civil and criminal judges make. Most criminal court judges have snap off orders, or predetermined forms, that police officers are already very familiar with. Civil court judges fill out similar forms. However, family court judges’ laws? I doubt most judges can comprehend what their colleagues were trying to say. I know many teachers can’t understand what family court laws say either, for their own students, and it affects our local police officers trying to protect our children while on our schoolgrounds.

The New York Civil Liberties, an affiliate of the ACLU, has some recent examples of almost unbelievable family court judge’s laws:

(1) “The appeals court recognized that it was completely out of bounds for a court to order a woman not to become pregnant,” said Donna Lieberman, executive director of the NYCLU. “Allowing the court’s order to stand would have set a dangerous precedent for permitting courts to monitor the reproductive decisions of low-income people and people of color, who are already disproportionately involved in the child welfare system.”.

(2) “Full and open communication between a person accused of a crime and her criminal defense attorney is absolutely vital to the fair administration of justice, and it’s clearly protected by the First Amendment,” said NYCLU Staff Attorney Bobby Hodgson.  This action came about because a family court judge had barred a defendant and her family court attorney from sharing or even discussing information that had been given to her during family court proceedings….. with her criminal attorney.

(3) Family court judges laws “fall most heavily on those defendants who cannot afford to hire a single attorney who could work concurrently on family and criminal cases and thus have unrestricted access to all relevant records. To the extent that these orders subject a population of indigent defendants  (like the homeless who are a huge financial burden to police forces) .. already vulnerable to threats of violence of a ‘severe imbalance’….it is particularly vital that they be reversed”.

There are multiple other examples of family court orders “laws” obstructing law enforcement. California in particular has far too many grown children of divorce and dependency courts still on their parent’s restraining orders even though they never had a voice in those courts. The California Law Enforcement Telecommunications System (CLETS) has spread itself to the rest of the country and it is unreliable because it doesn’t take off minor children from family court restraining orders after they have become adults.  State troopers in other states simply ignore CA civil restraining orders that pop up on their state’s electronic systems (from the CLETS) unless CA has intervened to have them enforced.  Let’s not even discuss the inaccurate names, dates of birth, social security numbers, etc. that end up in family court laws that become public record.

Join RaiseYourRights.org today to stop UGI, unwarranted governmental interference in families and free up law enforcement to prosecute people who break laws established by our elected legislative branch of government.  It is a reason why we have checks and balances in the US in the first place.

Did the Family and Dependency Courts change parent child relationships to child parent?

How to recognize that Kevin Federline is a parental alienator