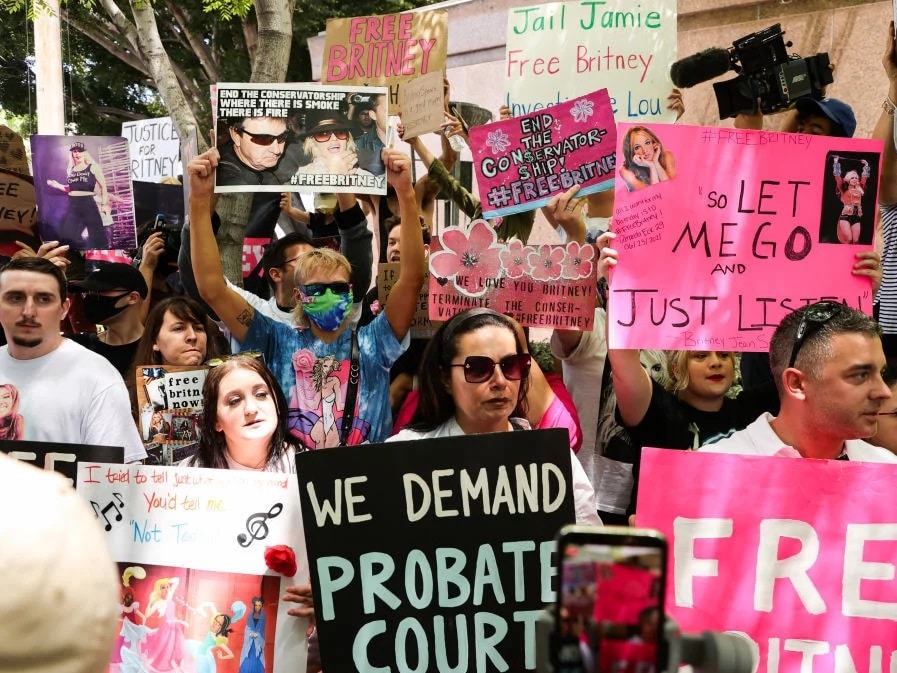 Posted at 13:39h in Promote settlement in our family courts by ending the AFCC by Admin

The family courts are using the power and control that they have over parents brought into these systems to exacerbate and manipulate fear of the ex spouse in order to extract money from each side. The private organization made up of judges, attorneys, psychologists, custody evaluators, therapists, social workers, minor counsel, guardians ad litem, conservatorships. etc., called the AFCCnet or the Association of Family and Conciliation Courts that controls the US “family” courts (and its $50 billion a year industry) thrives on portraying all conflict as “abuse”. You get the picture and also see what happened to Britney Spears and her two boys as a result of a Los Angeles County “family” court’s AFCC collusion. The psychologists and attorneys in her case have made millions (a billion by now?) off of their collusion with a “family” court judge(s) in her divorce case and gaslighted her in order to control and extract money from her.

Inflated accusations of harm are used by the “family” courts to punish one or both parents. UGI, or unwarranted governmental interference in parent’s lives has replaced personal accountability and self-criticism. Differences in opinion and the conflict that arises from those differences is being used by family courts and the AFCC to separate children from one or both parents. Actual legal rights of a child are being taken from parents by these courts on the basis of normal “conflict” in a relationship. AFCC members historically and continually testify against parents to take away legal rights of their children from them on the basis of fabricated “conflict”.

How have children of divorce learned to appropriately deal with conflict? They have not. Thus, we are now seeing the generational devastation of our society and the escalation of negative group organizations that are completely one sided. There is no doubt, that too many people react inappropriately to conflict and in extreme cases, horribly, but given the extreme amount of divorces that end up in a California “family” court each year and then having the AFCC step in and use blame, scapegoating, shunning, exclusion, to dehumanize a parent has exacerbated the problem to an unmeasurable degree. The AFCC supremacy has resulted in unwarranted traumatized behavior and an inability to tolerate differences.

Conflict is not abuse. However, what the AFCC collusion has taught our children on how to handle conflict in their lives, is, was, and will continue to be, abuse. Help us keep families together, especially siblings. Help us stop UGI, unwarranted governmental interference in families. Join RaiseYourRights.org today.

Are the family and juvenile dependency courts “Fear-Mongering”?