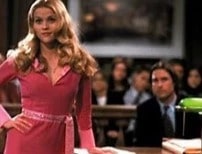 Yep! Pro se parents represent themselves and don’t hire an attorney. Lawyers and judges quickly realized they could use the California vexatious litigant (VL) statute to stop this.  The VL statute was originally designed to stop convicted criminals in jail from complaining about their “inhumane” living conditions. However, family law attorneys in California quickly realized that the VL statute was also a very effective tool to force parents in family courts to use lawyers.  They knew that the VL statute could help them stop a parent from obtaining visitation with their minor child(ren).  A VL parent can only file paperwork. asking for court ordered visitation or defending court ordered visitation, if the presiding judge allows them to.  The Sixth District Court of Appeals, in John v. Superior Court, 63 Cal. 4th  91 (2016), ruled that the VL statute didn’t apply to defendants appealing their case to a higher court.  The CA Supreme Court agreed but the CA Judicial Council said this case law didn’t apply to family law litigants, instead it only applied to defendants being evicted from their homes (they get jury trial rights). Thus, California superior court filing clerks refuse to file anything and everything a VL parent tries to file unless the presiding judge first approves the filing. This is true, even when the other parent summons them into court to defend their legal rights or visitation orders with a child.

A parent also may have originally hired an attorney but then ran out of money so he/she decided to become pro per (pro se is the decision, pro per is the result). Family court cases can drag out for years when a young child is involved and many parents run out of resources/money early on in their case. Parents essentially have no further options than to represent themselves. So these parents essentially became their own lawyers and shared what they had learned from their own personal cases. The family law attorneys in California also got smarter and now, instead of just declaring a parent a vexatious litigant, judges add on a cash bonding requirement. Family court judges now  force the VL parent to upfront the other parent’s legal fees before being able to file anything in family court. Most of these bonds quickly become unconstitutionally unobtainable.

For example, a homeless dad in Riverside County., was assessed a $25,000 bond early on in his case. When the mom, who had sole legal custody, relocated to the east coast with their daughter, he was helpless to try and raise the $25,000 he needed to get court ordered visitation with the child.

A high school teacher, a mom in Santa Clara County, was assessed a $100,000 bond more than ten years ago in her family law case. The mom had been unable to get this bond from a registered insurance company because these companies require cash assets to obtain it. When the youngest son ran away from his father last August, the mom was helpless to get legal custody of the child returned to her.  The child had no legal guardian for quite some time. The father lost custody, after telling a state trooper on the east coast, to leave the minor child homeless at a rest stop on the side of I80.  The boy had erased his phone and computer and left them behind at his father’s house.  As of today, he is still missing.  Additionally, in this case, the VL mom had been unable to get court ordered visitation between this child and his siblings. Thus, this child, also had lost his relationships with his adult siblings; who could have save him.

Judge Johnathan E Karesh said this, when asked by a dad to add on an unconstitutional and unobtainable bond against a California VL mom “This court cannot assess the merits of future litigation that has not yet been filed or even proposed [by this mom] and therefore cannot determine whether there is a likelihood that she will prevail”.  Ironically the  mom was represented by a lawyer and was seeking court ordered visitation between her teenage daughter (she had custody of) and her son (dad had custody of).  The children quickly became adults and aged out of the California family law system. Judge Karesh prevented some of the ongoing unwarranted governmental interference, or UGI, in this case.  However, VL parents are put on a statewide list and prevented from filing in any California court, including civil, small claims, traffic, criminal, etc. as well as family and juvenile dependency courts as a plaintiff or as a defendant. However, as the defendant they may be able to appeal, if granted permission to do so by the presiding judge of that state appellate court.

There are very few states that have vexatious litigant statutes (VLS) but Texas is one of them. For example, Madeleine Connor, was declared a VL in a civil matter but then, ironically, the people of the State of Texas elected her to be a judge of the 353rd district court. What do other states do to stop pro pers from filing repeated motions in civil and family courts, well….. besides electing them to be judges?

Other state courts simply deny those motions unless the parent can prove a change in circumstances that caused them to lose legal rights to their children or visitation with their children in the first place. They also put temporary blocks for a few months on the parents’ filings, if needed, to try and calm down the situation.

My state can’t take my child from me, I am a sovereign citizen and/or my child doesn’t have an SS#.

What can the federal government do to stop the family and juvenile dependency court crises?